Blog - Latest News
You are here: Home / General / Nili, Josef and Yoav will master the English language, thanks to you! 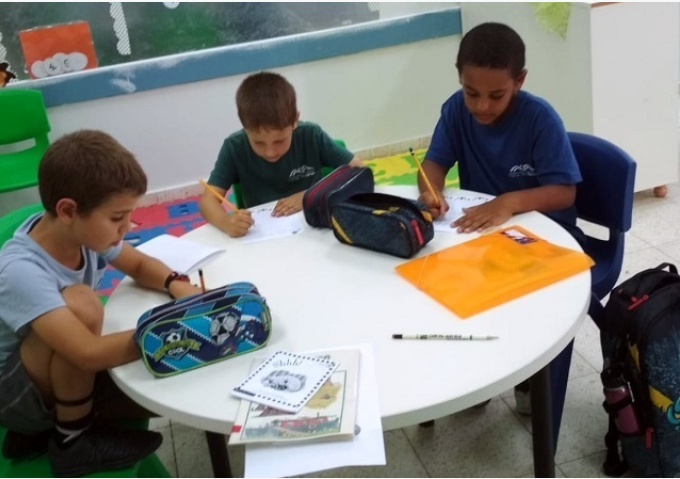 I guess the Chinese or French might disagree, but to me, English is without a doubt the most important language in the whole world. A language that leads trade, commerce and technology all over the globe. We all know that without a good command of English it is very difficult to get by no matter where you are.Even in our daily lives, working on the computer or using our smartphones.

In most countries, English is not only the basis for higher education but a prerequisite for a promotion and that coveted C-level career.

“Well, we already know that”, you probably grumble and go back to browsing Google. “Is there anything new you wish to tell us?”

Without too much effort on your part, you can now help Nili, Yoav, and Josef, but also Amaru, Tanya, and their friends, move forward and strive to be the next generation of high-tech, diplomacy, medicine and industry experts, through better command of the English language. How? by contributing to a scholarship fund, named after Walter Zanger, and dedicated to assisting children in learning the English language.

Beyond being a “larger than life” type of person – exuding charisma and magnetic presence – he was also a well-educated, accomplished scholar who loved learning and teaching.

He was born in the United States, where he was ordained as a rabbi, and then, after immigrating to Israel, completed several other degrees at the Hebrew University of Jerusalem. He was one of the editors of the Encyclopaedia Judaica and for years revealed the land of Israel to thousands of tourists, most of them English speakers, being a beloved and esteemed tour guide with a never-ending fountain of knowledge.

My father passed away six years ago, but his legacy is alive and kicking – the legacy of acquiring knowledge and education. 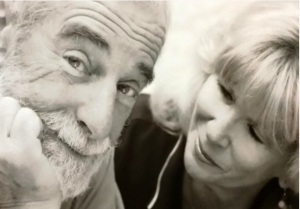 Paula, my father’s wife, has been an experienced English teacher in the United States and Israel. Together with her friend Gaila Cohen Morrison they wrote a book for the purpose of teaching English to children.

After my father’s death, Gaila founded the Walter Zanger Scholarship Fund, as part of A.H.A.V.A, a foundation that has helped struggling children to learn English and improve their command of the language, as well as gain other proficiencies and skills. Beyond being able to read Harry Potter in its original language, many children were admitted to reputable high schools, gained self-confidence that allowed them to advance in other professions, and most importantly: they no longer hate or fear a foreign and unfamiliar language. 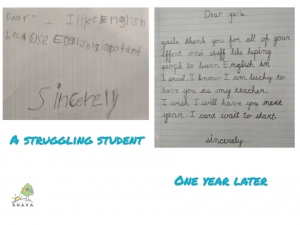 When Gaila told me about the fund – I got really excited!

It corresponded perfectly with my vision to help others, especially if it is an area so close to my heart – language. I felt that it was important for me to personally support the foundation, not only because the fund was named after my father, but because it strikes a chord with my work of 25 years: translating from English to Hebrew and other languages.

So, if everything’s so perfect, why do I turn to you?

Because we want to give a lot more children the opportunity to follow in the footsteps of those who have already advanced, and for that, we need more scholarships. And scholarships cost money.

Our current goal is to raise $6,000 a year in order to cover 6 scholarships. The organization often splits the scholarships throughout the year to allow not only 6 but 8 or 12 children to get the help they need to and fill their language gaps.

A small action on your part will be sufficient to allow many children to fulfill a dream and to make progress in their lives. It’s worth it, right?

So now, all that’s left for you to do is to go into the link that follows and together we’ll give Nili, Josef and Yoav, Amaru, Tanya and Hassan the tools for success. So, come on – let’s do it together!

So, what have YOU been doin’ in the past 25 years?
Scroll to top
סגירת נגישות
cancel accessibility
Provided by: