Blog - Latest News
You are here: Home / Business / So, what have YOU been doin’ in the past 25 years?

On a cold, rainy morning of January 1997, a young woman called Mikhal Heffer left her home in Ramat Gan and made her way to the VAT Tax offices in Givatayim.

“I would like to register a new company,” she smilingly addressed the yawning clerk who had not yet managed to bite into his cheese and cucumber breakfast sandwich or take a sip from his steaming cup of tea.

“No problem,” he answered. “May I ask what your business deals with?”

“No, none of those. I was thinking more towards accompanying delegations from China. I speak Chinese.”

“Chinese? Wow, I would never have guessed… Listen, can you do me a favor? It’s my daughter’s birthday today. Perhaps you can teach me how to sing ‘Happy Birthday” in Chinese? It’ll make her laugh.

And that’s how, on one rainy morning, my personal and professional journey started, which eventually led me to establish Lichi Translations, an adventure that has extended for over 25 years to this day, and I hope will persevere for many more years to come.

Well, the beginning was modest.

Upon returning to Israel after studying Chinese at Beijing University, I got a job in the marketing department of one of Israel’s leading telecommunications companies – Tadiran. The news quickly flashed through the company corridors that a young lady fluent in Chinese had arrived. When one of Tadiran’s business units was about to sign a J/V contract with a Chinese company, I was appointed as the interpreter for the negotiations. I absolutely loved it. I enjoyed chatting in my newly acquired language and being the primary communications channel between the parties. When I left Tadiran, my thought was, naturally, that this was something I could do independently – accompanying delegations from China, visiting Israel. 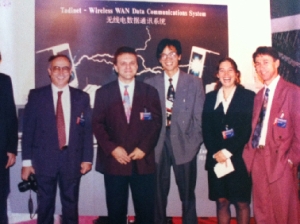 And that’s how I started. Initially, I was on my own, but then delegations from Japan and South Korea started to pop up, obliging me to find people familiar with those languages. I began building a database of interpreters and translators because the same client who had invited the Chinese delegation for a visit now needed a translation of the user manual that was on its way to China. And so on, and so forth.

I started building up a reputation in the Asian languages – Chinese, Japanese and Korean. The clients were trickling in, and my pool of translators and interpreters started to fill up with names like Liu, Wang, Hiroshi, Naoko and Kim.

But it dawned on me: I was feeling a little lonely. How can I manage all this by myself?

Thus, from a small one-woman show, I became an employer. Reut (who is still working with me to this day) joined up and rendered her support, and all the others followed in her wake.

At that stage, I had a database of faithful clients, a devoted staff, dedicated translators, but my business card read: Mikhal Heffer, Translation Services. Wasn’t it the time to take it up a notch?

And so, Lichi Translations came into the world!

My business status rose to that of an Ltd. company, with the appetizing name of a succulent Asian fruit, as suits a company whose primary interest is dealing with Asian languages.

My husband Ronnie, a graphic designer in his own right, designed a top-to-bottom logo that resembled a Chinese calligraphic script. We created an attractive and stylish website and moved on to achieve our goal of making a name as the authority as far as translation into Asian languages is concerned.

At that time, I had no doubt this was the direction the Company needed to follow. I loved the Asian culture, its distinct savors, and the unique twang of each of its diverse languages that are so different from what we were used to. My knowledge of Chinese and the connections I acquired while working with China gave me a competitive edge. The name Lichi Translations began to get the attention of companies involved in Asia.

Together with two associates, who had also spent many years working in Asia, we established the Israel-Asia Business Forum. We introduced businesspeople to one another and invited lecturers to share their experiences with the participants. 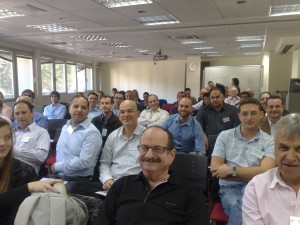 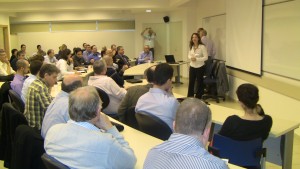 Each year, before the lively celebration of the Chinese New Year, we used to design Chinese New Year Greeting Cards, and offered them to our clients, so they would send them to their colleagues in China to strengthen the bond between them, or even just to put smiles on their faces. When was the last time you received a greeting card featuring a rat standing proudly on an Olympic podium? Our clients’ Chinese business associates had that pleasure. 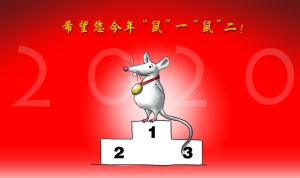 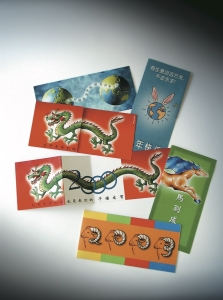 One of the projects that stands out was accompanying the Japanese Agon Shu Organization’s delegation, which included a dramatic ceremony to promote peace in the Middle East, which took place on a promenade overlooking the Old City walls of Jerusalem. It was the first time that we at Lichi Translations had to cope with such complex logistics, synchronizing 40 Japanese-English-Hebrew interpreters arriving at various locations in the city and accompanying a delegation of hundreds of visitors for several days. The ceremony itself was one of the most exciting events I can remember. The drumbeats reverberating between the City walls could hardly compete with our sighs of relief once it was evident that the occasion had come to a successful conclusion without any hitches. 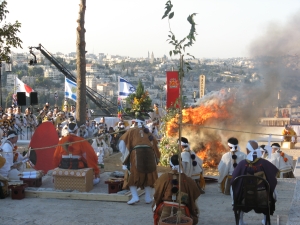 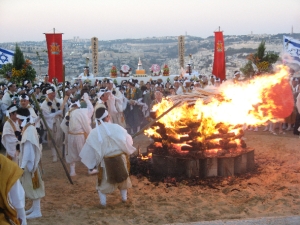 But a change was bound to happen, and indeed – it came about.

Being the authority on Asian-based translations is all fine and dandy (and it sounds pretty good, too), but just the same, I had a gut feeling that something was lacking and that it was time to stretch out into other languages.

Making Lichi available for the whole world and all languages was not easy. From a boutique company that focused and specialized in a niche segment, we would need to level up to other leading translation agencies and learn how to stick out and do things differently, or even better.

Now, it was time to get ready for action and recruit a team of international translators in a multitude of languages. Emissaries were dispatched by donkey and camel to the Siberian steppes, to Parisian squares, to the summits of the Alps and Pyrenees, to the jungles of the Amazon, and the skyscrapers of Manhattan and Abu-Dhabi. Within several years we managed to create an impressive database of thousands of linguists and agencies engaged in translation to and from all languages, dealing with almost any subject under the sun that needs translation. We left aside football (or soccer) since “go-oa-llll!” and “offside” sound the same in all tongues.

However, one obstinate and non-compromising opponent to this move was my husband, Ronnie. When a company alters its business strategy, it should really change its image accordingly, with a newly designed logo and a new website exhibiting its rebranded image. This meant Ronnie had to gird his loins (I’m especially fond of this expression) and start working, which is not something he particularly enjoys doing.

Nevertheless, knowing his place in the food chain, Ronnie joined in and, within a whisk of a moment (almost a year), our new logo was proudly displayed on all our business cards and the brand new Lichi Translations website. Our logo conveys a simple message: we are here to connect you. Connect between cultures, languages, peoples, and businesses. There exists one straight line through any two points, and that line is called Lichi Translations. 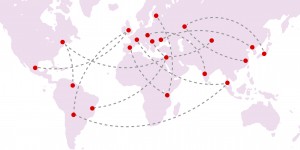 That’s how our agency, Lichi Translations, shifted to a company that translates from any language to every language in all fields that need a translation. Over and above, it provides its clients with additional services such as transcription, graphic design, localization, and more. We do all this with the support of a well-trained project managers’ team and a pool of translators who are available for us 24/7.

Naturally, new clients joined us, including large corporations like Teva, Amdocs, IAI… and even the prime-time television satirical sketch comedy “Eretz Nehederet” (Wonderful Country). Projects of unimaginable scales, which we never before encountered, started flowing in. 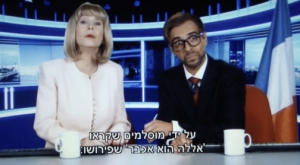 The Israel-Asia Business Forum underwent a facelift and resurfaced as “The Lichi Business Forum,” which housed networking meetings focusing each time on a different global market:Latin America, Africa, Russia, and so on. We didn’t forget about the Chinese market, which embraced us so graciously in our early years. So we founded the “MingLing Dynasty” – a networking and mingling event for business people trading with China Businessmen and women met with each other, discussed cooperation and exchanged knowledge, all under the auspices of Lichi Translations. 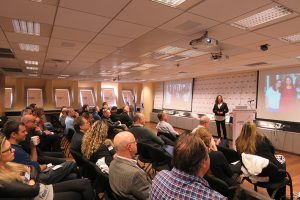 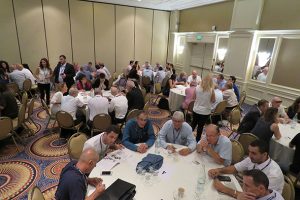 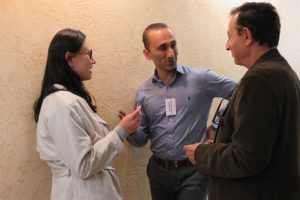 And then the world started showing interest…

Translation is one of those professions where one can work from pretty much anywhere. If the job can be done by email, phone (SMS), or any other innovative communication, it doesn’t matter whether the client is in Haifa or Massachusetts. For many years, I’ve been a member of BNI, an international Business Networking organization with chapters all over the world, including mine in Ness Ziona. During the years, I visited many chapters in other countries, too.

Then, things started to happen. A member from Tel Aviv knows a girl from Milan, who has connections with the Director of Business Development in Stuttgart, and our name rolled around to the right places.

Slowly but surely, international networking has been spun between us and international clients, partly by “word-of-mouth” and partly through our own initiative. At the same time, a significant portion of the connections was realized through international conferences of the translation industry.

A splendid example is our link with the prestigious jewelry company “Van Cleef & Arpels.” The connection between my Company and the networking group was put to good use when my daughter Gaya and I visited Van Cleef & Arpels’ atelier during our Bat Mitzvah tour in Paris. It led to a simultaneous translation project from French to the various languages spoken by their representatives, who were to arrive in Paris from worldwide branches. This collaboration continued until the outbreak of a strange pandemic that completely stifled the tourist industry. 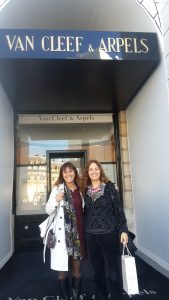 I look down on my modest little kingdom with unconcealed pride.

Sure, I don’t have a suite in some snazzy offices atop one of the skyscrapers overlooking Tel Aviv, but I do have a cozy little office that’s part of my home, from which I can view the lemon and pomegranate trees. I don’t have hundreds of employees scattered among different departments and sub-departments, but I do have Reut, Anat, Sivan and Mor, each of whom works from her home and who meet periodically in our courtyard for a business brunch of tossed vegetable salad and citrus fruit fresh from the tree. And of course, there’s Ronnie, who, despite the faces he makes whenever I ask him to please design another banner for me, delivers results within five minutes. 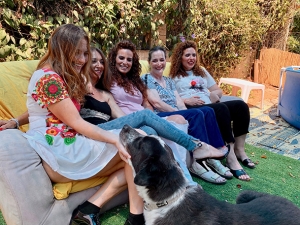 I started off very humbly 25 years ago, and now Lichi Translations is not just me. It is the people who connect people to other people, who make a difference and do whatever they need to do in the best way possible.

I love my company and my business and am proud of what we have achieved and more so, that we were able to support so many people, families, translators, editors, linguists from all over the world.

I look forward to meeting you again at our 50th jubilee celebrations!

Nili, Josef and Yoav will master the English language, thanks to you!