Blog - Latest News
You are here: Home / General / Treasures from the Mount

The Temple Mount in Jerusalem is, without a doubt, sensitive. Holy to so many people, Jews and Muslims, it is a place where every stone contains generations upon generations of history.

But, sometimes the desire to glorify the history of one side might violate what is most holy to the other.

That was the case is 1999, when the Muslim Waqf (the Muslim religious trust managing and maintaining the Islamic edifices on and around the Temple Mount since the year 1187) dug an enormous pit on the part of the Temple Mount called Solomon’s Stables to make room for a monumental entrance to the underground Muslim prayer site located there. Four hundred trucks of soil and stone left the site, taking with them untold pieces of inestimably valuable history without a preliminary dig or any archeological supervision. Although many antiquities were destroyed and removed from their historical and cultural context, the Israel Antiquities Authority decided to embark on an unprecedented project: to sift through the debris. Hundreds of volunteers showed up to work day and night to identify as many archeological findings as possible hiding in the massive mounds of rubble. 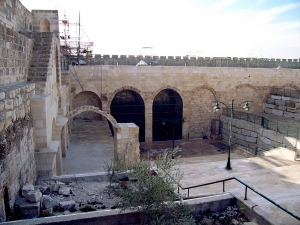 Avi Tavisal was born and bred in Jerusalem, to a family that has been in the diamond business for seven generations. When other kids were playing with marbles and pick-up sticks, Avi polished diamonds by his father’s side. In 1975, he opened his first jewelry factory. His two great loves – Jerusalem and jewelry – came together in a single vision when Avi heard about the heaps of dirt removed from the Temple Mount. “Why not take these unique stones – there’s nothing like them anywhere else in the world, symbolically representing millions of people around the globe – and turn them into jewelry that combine our history with the spirit of Jerusalem?” Avi thought. Without further ado, he began to look for a way to sponsor the sifting project. Armed with all the required permits, Avi and his people started to look for special stones in the heaps of dust at the archeological sifting site. Before long, the Moriah Jerusalem Stone Collection of the IDC, Avi’s company, came into being. All the items in the line come with authentication papers testifying to their archeological importance.

Today, the Moriah jewelry line is sold all over world: French, Italian, Chinese, and Russian women all wear beautiful stones around their necks that, until not too long ago, were part of the heritage and history of the Holy City. 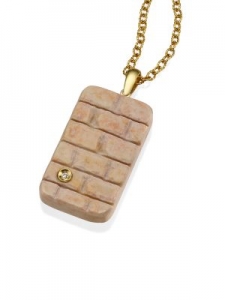 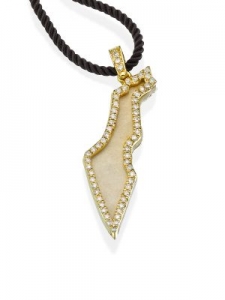 To reach the hearts of Chinese women it was necessary to market the product in their own language. Pretty obvious, right? You can see where I’m going with this and hence this story’s connection to Lichi Translations.

The translation of the marketing brochures in Chinese were executed by Lichi, to the company’s full satisfaction, and so perhaps we have helped connect elegant Chinese women and men to the historic Zionist enterprise of the Jewish people. And, who knows? Perhaps during my upcoming trip to China, 23 years after my last visit there, I’ll run into a woman wearing the rock with which King David slew Goliath. 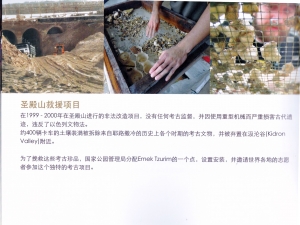 From the brochure we translated into Chinese

Now that we’re on the subject of China, here’s an announcement. Lichi Business Forum we will host once again our successful networking event “The Ming Ling Dynasty”, part of the 7th annual business conference with China. Thursday, October 31, 2019, 11:00-13:00, Leonardo City Tower, Ramat Gan, Israel. Will love to see you.