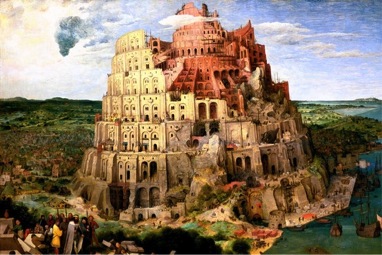 How does our language affect the way we think?

Humans communicate with one another using a wide array of languages, each differing from the next in many ways. Do the languages we speak shape the way we see the world, the way we think, and the way we live our lives? Language is so fundamental to our experience, so deeply a part of being human, that it’s hard to imagine life without it. Are languages tools for expressing our thoughts, or do they actually shape our thought?

For a long time, the idea that language might shape thought was considered untestable and more often simply wrong. Research in labs at Stanford University and at MIT has helped reopen this question. They have collected data around the world: from China, Greece, Chile, Indonesia, Russia, and Aboriginal Australia. What we have learned is that people who speak different languages do indeed think differently and that even flukes of grammar can profoundly affect how we see the world.

Some findings on how language can affect thinking.

In one study, when asked German and Spanish speakers to describe objects having opposite gender assignment in those two languages. The descriptions they gave differed in a way predicted by grammatical gender. For example, when asked to describe a “key” — a word that is masculine in German and feminine in Spanish — the German speakers were more likely to use words like “hard,” “heavy,” “jagged,” “metal,” “serrated,” and “useful,” whereas Spanish speakers were more likely to say “golden,” “intricate,” “little,” “lovely,” “shiny,” and “tiny.” To describe a “bridge,” which is feminine in German and masculine in Spanish, the German speakers said “beautiful,” “elegant,” “fragile,” “peaceful,” “pretty,” and “slender,” and the Spanish speakers said “big,” “dangerous,” “long,” “strong,” “sturdy,” and “towering.” This was true even though all testing was done in English, a language without grammatical gender.

Another way in which language affects our way of thinking, is between switching from Japanese to Spanish. When describing an accident, English speakers often assign an agent who carries out the action (“Julia broke the glass”). On the other hand, in Spanish and Japanese, speakers would likely say “the glass broke.”

These different structures have been proven to have important consequences when it comes to remembering events, and blaming others. For example, in a study carried out at Stanford, where Japanese, Spanish and English speakers were all shown clips of people spilling or breaking things, Japanese and Spanish speakers were less likely to remember who caused accidental events compared to the English speakers.

These results show that linguistic processes are common in the most central areas of thought, unconsciously shaping us from the base of awareness and impression to our ideal notions as well as our major life decisions. Language is central to our experience of being human, and the languages we speak shape the way we think, the way we see the world and the way we live our lives.

Language is a unique gift and appreciating its role in our lives brings us one step closer to understanding the nature of humanity.

A quick video on the subject: Take a deep breath, concentrate, it’s going to be quick….

A Few Good Words About Snakes

Some examples of just how different we are
Scroll to top
סגירת נגישות
cancel accessibility
Provided by: