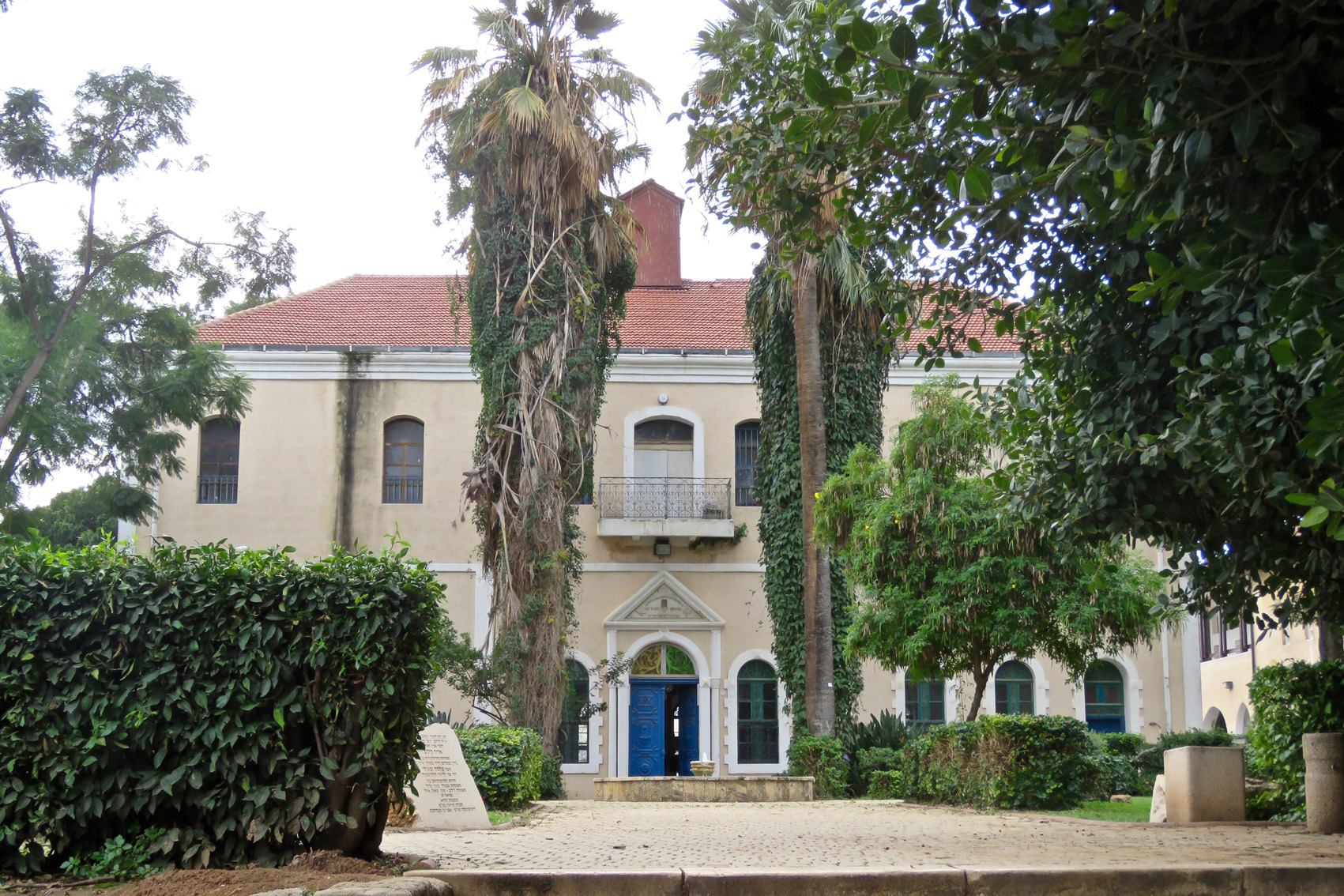 If you have children I assume you pay a visit to a school occasionally, but when was the last time you visited a school that is 150 years old and still operating? Well, recently, I had the opportunity to do so.

Just outside Tel Aviv,  in the Israeli city of Holon, you can see a long row of palm trees leading up to a cluster of old-style buildings, surrounded by  fields and plantations This is the Mikve Israel Agricultural School, established a little before the First Aliyah (the first wave of immigration to pre-state Israel).

The school, founded in 1870 by the French-Jewish organization Alliance, was motivated by the Zionist ideal of creating an advanced agricultural society in the Land of Israel. Since then, the school has been home to hundreds of children and young people for whom working the land is a dream.

So what’s the connection between Mikve Israel and Lichi Translations?

Let’s start from the beginning.

There are some translation projects that we particularly enjoy.  One such project was for the Council for Conservation of Heritage Sites in Israel.

The Council restores and conserves historical sites all over Israel and produces and distributes educational material about these sites. It also endeavors to bring as many visitors as possible to the sites – organized groups, students, tourists and – this is where we come in – new immigrants.

As you know, Israel is a multinational, multilingual country, with immigrants from all over the world. To ensure that the content presented at each site is clear and comprehensible, it had to be translated into the languages familiar to these new immigrants namely Russian, French, Arabic, German and Spanish.

So, how did we run the project? How did it come about, and what were the results? You can hear all about it in a short interview that I held with Elad Betzaleli, head of department of education, at the Council’s offices located on the grounds of Mikve Israel agricultural school. (Now you understand the reason for my visit) Watch the video below and you’ll see what else we did in this delightful place.

Mikve Israel is a fascinating place to visit, steeped in history. Every stone has a tale to tell, and each bush or bench has silently witnessed the unfolding stories of generations of young people. So we took the opportunity to take an enthralling tour of this historical site – myself and the Lichi team (together with my husband, Ronnie, armed with his camera).

Well, any day out of the office for us at Lichi Translations is a fun day. We started off with a picnic in the shade of the eucalyptus trees – some food, a bit of gossip about annoying clients (just joking – we adore our clients…) and then off to a historical tour of the site. 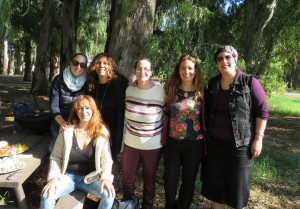 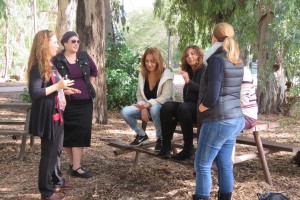 With the help of our guide, the school’s fascinating story unfolded before us. Initially, the school suffered from considerable difficulties, with no permanent buildings and no students, as the waves of immigration hadn’t yet begun.

We heard how the school began to flourish and, alongside the neighboring settlement built in the sand dunes now known as the Tel Aviv metropolis, gradually attracted more and more youngsters who wanted to live the Zionist dream, hoeing the land with callused hands.

We imagined Theodor Herzl (founder of modern Zionism) sweating in the heat when he met with the German Kaiser Wilhelm in the shade of the school’s palm trees.

We descended to the cellars of the old winery carved into the sandstone rock, part of the French character that the founders hoped to give the site. In fact, the winery served primarily as a place for training and swearing-in ceremonies for members of the Hagana. (A Jewish paramilitary organization which operated during the British Mandate in Palestine (1921-48) and became the core of the Israel Defense Forces (IDF))

We visited the synagogue, which combines a variety of architectural styles but lacks a women’s section, because one thing the school did not have in its early years was female students.

We rounded up the visit in the shade of the magnificent Indian banyan tree that dates back to the school’s inception and continues to spread its roots deep in the earth, giving birth to new trees. 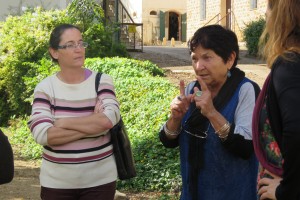 Reut, our project manager and Aviva, our guide 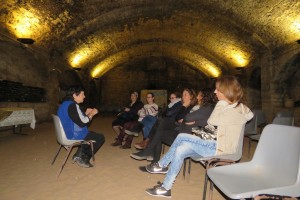 In the wine cellars 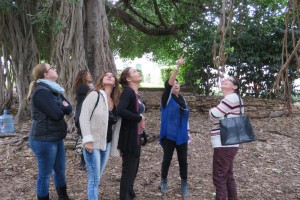 Under the Indian banyan tree 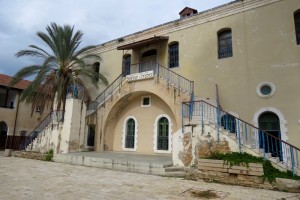 A preserved building in Mikve Israel 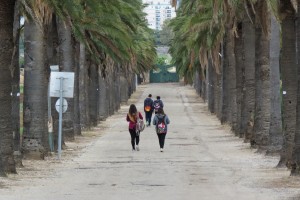 In the Mikve Israel boulevard

Maybe there are important lessons to learn from this very unique tree. To grow upward is essential, but we must reach deep down into the soil, to our roots, in order to really grow.

So if you happen to be a new immigrant and want to learn more about Israel’s heritage or want to visit sites that are off the usual tourist map, check out the Council’s website and book a tour. I promise you won’t be disappointed.

Wishing you and your family much success in 2016,

Welcome to the Future