Blog - Latest News
You are here: Home / Clients / From the land of milk and honey —- and sea… 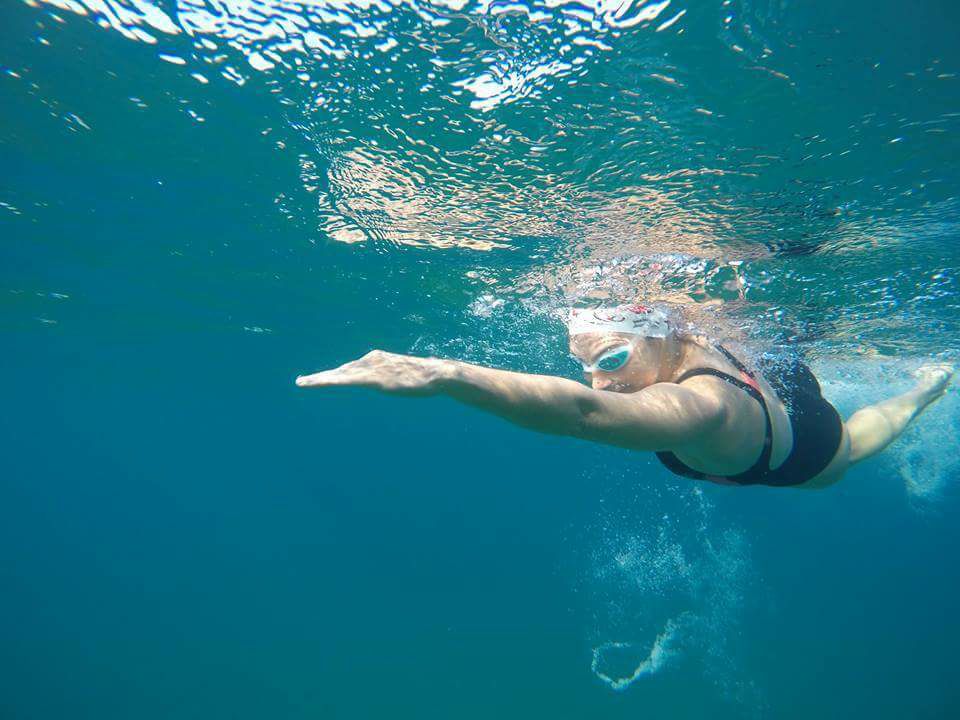 Those of you who know me (mainly from Facebook), know that in the past few yeas I’ve been a kind of a Dolphin. Officially, I am still a mammal, but I spend a great deal of my time under water. It is no longer the will to get in shape or lose another pound or two, it’s a lifestyle. I’ve been swimming in the pool for many years now. Yes, side to side, back and forth, over and over again. I actually don’t find it boring….

Recently though I discovered the sea. Israel has a long coast line, very near to most cities, and so I started, at the rise of dawn, three or four times a week to row merrily in the Mediterranean waters, where I join different groups of swimmers and get to know new people every day.

“Open water swimming” is an organized sport with clubs, Facebook & Whatsapp groups, and regional, national and international competitions. Should you have told me that at almost 50 years old I’ll get to stand on a podium holding a medal (bronze, don’t get too excited), I would probably say you were out of your mind. 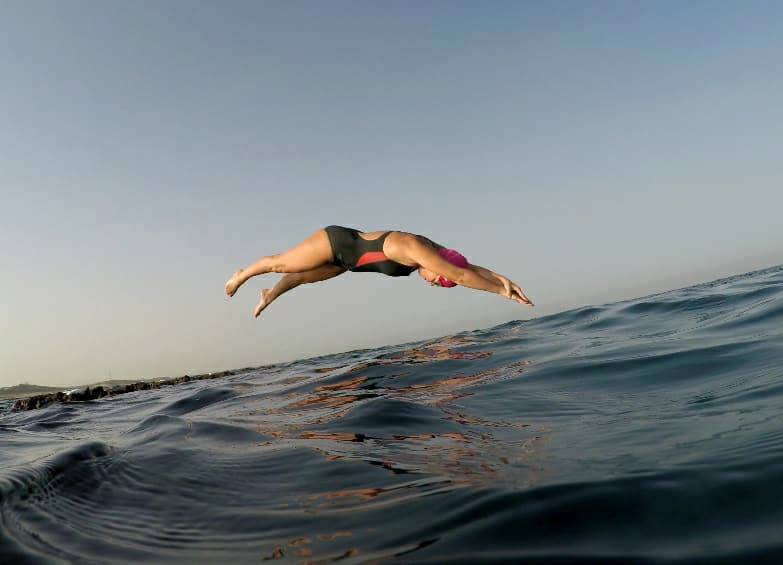 Joining relevant Facebook groups I came across a British open water swimming magazine, which features the stories of swimmers and swimming clubs from different parts of the world.

While reading the swimmers’ stories in the magazine, I thought to myself that there was one story missing in there; our story, the story of Israel, the sea-side country that excels in exceptionally good weather for swimming. So I sat down full of motivation and wrote my swimming stories, and had “Lichi Translations” translate the article from Hebrew to English.

It wasn’t too long before a package appeared in my mail box, and in it was a British magazine with a patriotic article, full of love for swimming and for the country, written by one, Mikhal Heffer. Indeed, Israeli pride!

I am also proud that our translations are at an international publication quality. The editor didn’t touch much from my original article.

To read the article 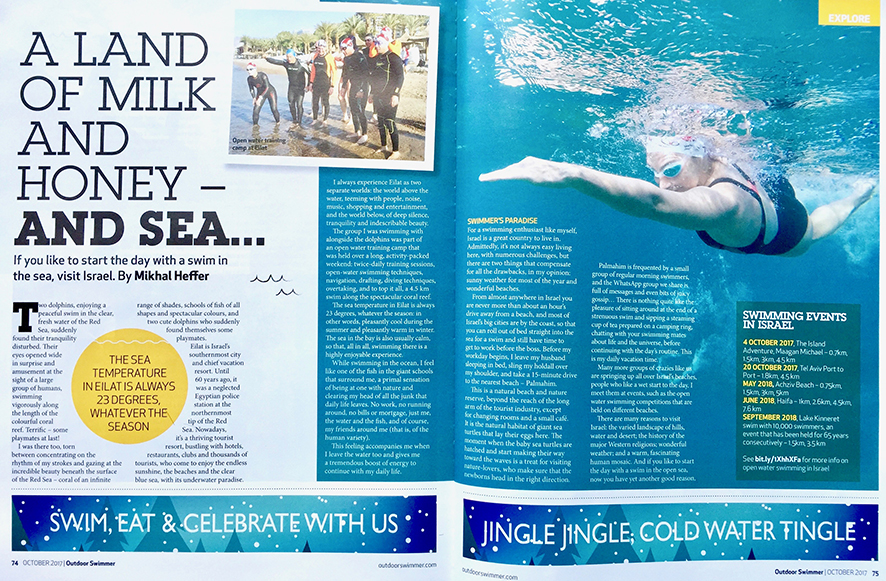 As a devout open water swimmer it was obvious to me that I will attend the biggest open water swimming event in Israel: crossing of the sea of Galilee that attracts thousands of swimmers from across the country for over 65 years.

When I entered the website to register, I asked myself: “How come a website like this, representing such a meaningful event isn’t translated into other languages – not even English? “

Sports tourism is a live fact, and every year thousands of professional and amateur athletes travel the world from one challenge to the other, so why shouldn’t they come to Israel to the sea of Galilee to take part in this Israeli experience and swim in the place where Jesus walked on water.

Once again I was ready for the mission.

I approached the website’s managers with the idea, they agreed and within a short while the English version was ready, courtesy of Lichi translations.

When I attended the event on a warm Saturday morning in September, I was amazed by the thousands of tourists flooding the beach with a mixture of languages and colors.

Ok, maybe it was a bit too early in the morning and I was a little bit drowsy. Maybe not thousands of tourists, maybe not even dozens, but I definitely did meet a friendly Chinese business man who joined his Israeli hosts for the swim.

While in the water I thought to myself how nice it could be for this oh-so-Israeli event to become a point of interest for tourist from all over the world, coming to enjoy the view of the Galilee and it’s beautiful sea, and how great it would be to swim there surrounded by swimmers from Russia, Belgium, Japan and Uruguay.

Looking forwards to the crossing of 2018, I’ve already entered the translated link into the international event listing of the British open water swimming magazine. Time will tell how powerful this advertisement is.

If your business has a touristic or international dimension to it, a simple thing like translating your website can increase your business substantially.

A Psalm to David, and to his translator

How I lost a huge deal due to a 9″
Scroll to top
סגירת נגישות
cancel accessibility
Provided by: