A great expert on international politics I’m not, but it was hard for me to ignore the historical moment that reached us from distant Singapore, where, in a luxurious hotel, President Trump met with Kim – No, not with Kim Kardashian, though he would surely have preferred – but with Kim Jong-un, the small-figured outrageous dictator from North Korea.

These two completely unexpected people, for whom diplomacy is definitely not their forte, have met after months of escalating tension that included all sorts of colorful and imaginative insults.

The two leaders entered a room and came out smiling after 40 minutes, like two good friends from high school who finally unite after thirty years.

I don’t know if this optimistic and courteous facade is worth much, we will leave that to the commentators and historians.

What caught my attention were, of course, the two people who were like shadows behind the two leaders during the summit photographs, yes – the two interpreters, each invited by the dignified figures. These two were the only people who were allowed to enter the room with Trump and Kim. Not even their closest advisers were allowed to join the meeting.

Think about it for a moment: the entire world is holding its breath, waiting for the two leaders to speak. The best commentators would have donated a kidney to hear a little bit of what was said in the closed room. And here are two anonymous people, who obviously speak very good English and excellent Korean, sitting in the room, hearing before the entire world what the North Korean leader thinks about Golden State winning the NBA Championship. Just like a fly on the wall.

Interpreters were always present at historical moments to mediate between leaders who did not share the same language, or to bring their words to the masses in sweeping speeches. In such cases, the responsibility of the interpreter is doubled, while in the business field a translation error can endanger contracts worth millions of dollars, here even the slightest mistake can endanger world peace, no less.

So, it was quite expected that each of the leaders invited an interpreter on his behalf, in order to prevent the possibility of the interpreter making any mistake by accident, or worse – intentionally.

When you have an interpreter on your behalf by your side, you can be sure that he has no interest in harming you, and perhaps he will be able to identify the mistakes of the other party and warn the Boss before it’s too late.

I always recommend to businesspeople who are about to negotiate or close an important deal in a country where people do not speak English, to invite in advance an interpreter on their behalf and to not necessarily rely on the translation services offered by the hosts.

Now, as it seems that atomic mushrooms are not likely to appear in the sky above Washington and Pyongyang, the two interpreters can breathe a sigh of relief. The work will probably pass to the hands of the professional teams and the diplomats, but the two interpreters got their 15, or more correctly, 40 minutes of fame and apparently did a good job, as the two leaders came out of that room full of optimism, talking about world peace. 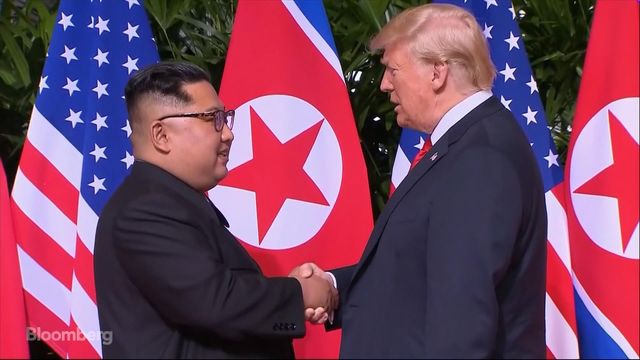 Waiting for a phone call from the Mossad

!Houston, we have a solution
Scroll to top
סגירת נגישות
cancel accessibility
Provided by: