Blog - Latest News
You are here: Home / Events & Conventions / Who’s Afraid of a Bit of Technology? 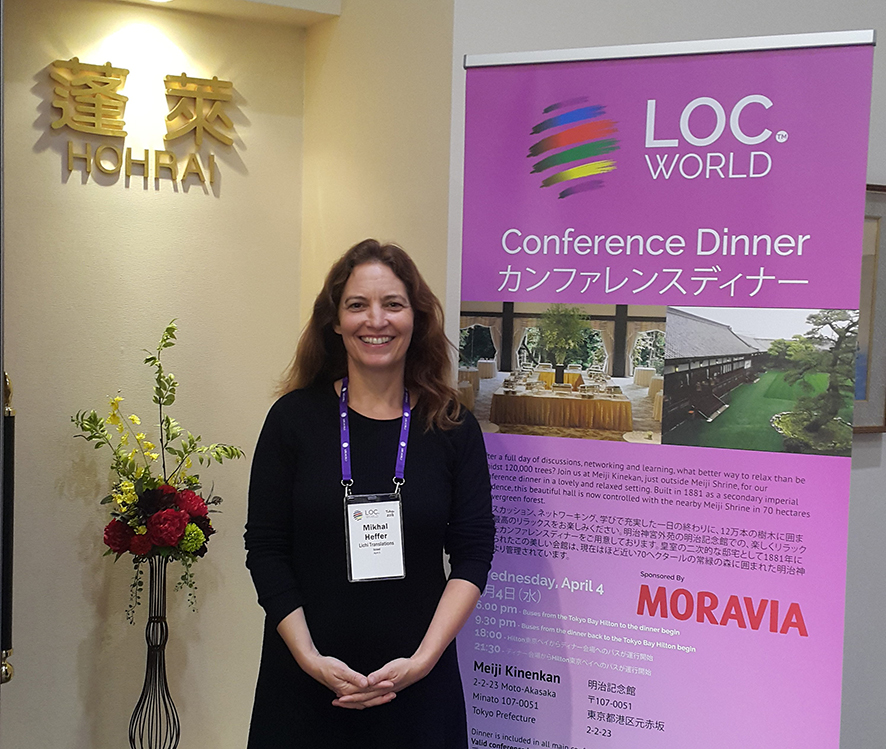 Anybody want to hire me? I work hard, I give all I’ve got, I’m loyal, a quick study, and ask only minimum wage. Well, maybe not that…

No. Lichi Translations hasn’t fired me yet. After all, I am the boss. But, given all the signs, it seems that I might, in the near future, need to find a new job, because technology is taking over the world, including translation. Google and other giant tech companies have already retired a lot of professions that were, not too long ago, highly sought after. The axe still hangs over many other jobs and fields that seem obsolete. And in our field, who hasn’t who hasn’t considered turning on “Google Translate” instead of using the services of a professional translator? So true, translation is not always faithful to what I want saying and sometimes no good things comes translated. But it’s always available, accessible, easy to operate, and – above all – free.

So the question is: do I need to be worried about my job? We went to check it out.

And where did we go? To where the “big kids” play: the LOCWORLD Conference, the leading global conference for translation and localization, which took place in Tokyo.

Now, you can’t go all the way to Tokyo and not travel around Japan a bit, right? Not on my watch! So I packed up my husband and teenage daughter, planned the most meticulous itinerary, and set out for the land of the rising sun and – in our case – the blossoming cherries. With nothing less than perfect timing, we were lucky enough to see the streets of Tokyo, Kyoto, Takayama, and Kanazawa lush with gorgeous white & pink flowers, justifying every superlative ever used to describe this magical season. But even without the cherry blossoms, Japan, which – I know it’s hard to believe – I was visiting for the very first time, is truly unique. For two weeks, we used lightning-fast trains to move from the jam-packed streets of Tokyo’s Shibuya district, to the wondrous temples scattered on Kyoto’s hillsides, from Takayama’s markets to the homes of the samurai and geishas in Kanazawa. Here are some images, my husband, Ronnie, captured with his camera (he being the official documentarian of the trip, and a brilliant photographer in general). 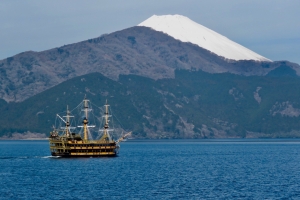 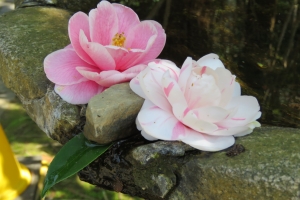 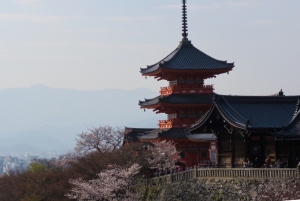 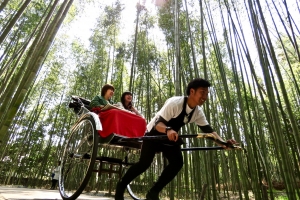 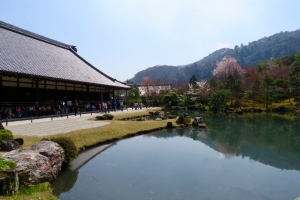 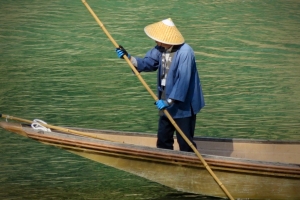 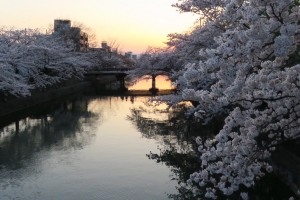 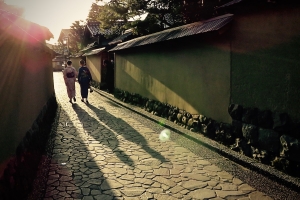 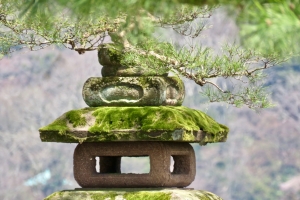 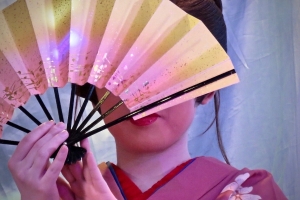 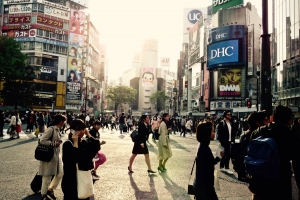 Our amazing trip ended with the conference, held in a large, imposing hotel not far from Tokyo Disneyland, where I sent Ronnie and my daughter Gaya so that I could concentrate on the real reason we had traveled all that way.

So how does a small fish, despite having a goodly dose of self-confidence, feel when thrust into a sea swimming with sharks and whales? Very good, it turns out. Who wasn’t at the conference? Let’s start with the big translation consumers everyone knows: Google, Netflix, Alibaba, Airbnb, and more. And the biggest translation companies and leading translation technology providers in the world were there too, of course. As well as one small agency from a remote chaotic corner of the Middle East. I don’t think of myself as particularly tech-savvy, but even I understand that in order to remain competitive in this tough market, and provide the best service to clients, we have to stay on top of emerging technologies.

In recent months, I have increasingly been attending tech conferences, and have several more scheduled. And at Lichi we have also assimilated a translation management system that allows us to use the most advanced technology, including online tracking of the translation process, the construction of translation memories, calculations of repeated words, automatic processes, and more. Similarly, we have used advanced technology for simultaneous online remote interpretation from anywhere in the world for a large overseas client.

So what were my takeaways from the conference?

Let’s start with localization. How important is it to translate a website and localize it?

The Airbnb vision says that everyone has to feel at home, no matter where they are. Anyone using this platform while traveling abroad knows how true it is. We experienced precisely this every morning when we greeted the elderly Japanese woman who lived next-door to us in a small Kyoto neighborhood, which would probably not have happened had we chosen to stay in a large city-center hotel. One of the ways to realize this vision is to let internet users feel at home when surfing websites, and an important part of that is to translate websites into the user’s own language. But does it pay? Does the investment in translating a website into different languages make economic sense? Airbnb believes the answer is yes, and an experiment conducted in Korea proves that the outcome justifies the effort and cost.

And, now to the $64,000 question: Is machine translation about to replace the human translator?

Who better to answer this question than Apoorv Saxena, Global Head of AI at Google? In his lecture, Apoorv spoke of the challenges currently facing Google Translate. It turns out that there are some things that no machine, no matter how advanced or sophisticated, can do perfectly. One example is gender – feminine and masculine. The machine doesn’t always distinguish between genders and must sometimes determine – in a very sexist way, I have to say – that doctors are male and nurses are female. Even when it is a question of images, the machine doesn’t always identify sex correctly. The example Apoorv used in his lecture was that of painter Frieda Kahlo whose famous unibrow seems to have confused some of Google’s algorithms. So is Frieda Kahlo he or she? 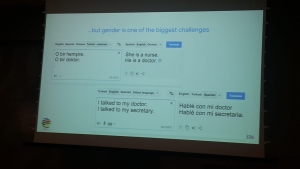 “So what are you saying?” I asked Apoorv after the lecture, when I had the chance to talk to him privately: “Should I worry about my job or can I relax?” “It’s always good to relax,” he smiled, “though machine translation is making huge leaps and is improving all the time. Even so, I don’t think it’s ever going to fully replace human translation. The emerging trend is machine translation, with human editing. In other words, at the end of the day, a human translator needs to review the translation, check it, fix it and enhance it. The final OK has to be human.” 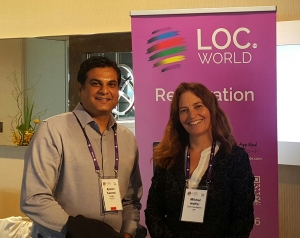 With Apoorv Saxena, Global Head of AI at Google

In that case, I can stretch out in my chaise. We seem to have lots more to offer. On the other hand, one cannot rest on one’s laurels or be a “stick in the mud”; one always has to keep one’s finger on the pulse. (Ah the sayings! Stand aside, Shakespeare!) It’s necessary to track the changes in the field, even when there are no cherry trees or Disneyland nearby.